Formed through an initial merger of Amsterdam Stock Exchange, Brussels Stock Exchange, and Paris Bourse in September 22, 2000, Euronext has been a frontrunner of European economics. Now holding seats in Amsterdam, Brussels, London, Lisbon, Dublin and Paris, this stock exchange used benefits of the EU to build a cross-continental dynasty in the finance world. Following paragraphs will provide you with an insight into the past and present of Euronext to help you decide if it is in your future.

Euronext was able to unite Paris, Amsterdam, and Brussels exchanges in 2000 and claim 4 centuries of history and experience. This merger formed Euronext Amsterdam, Euronext Brussels, and Euronext Paris. This self titled pan-European securities exchange continued its growth and expansion a year later in December 2001, acquiring the shares of the London International Financial Futures and Options Exchange 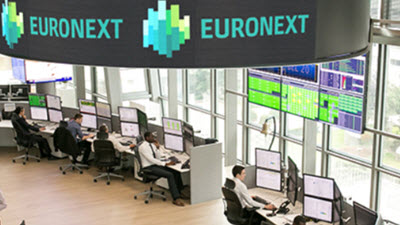 After a rumour of possible purchase by NASDAQ in 2006, Euronext entered a merger with the NYSE Group on April 4th 2007. This move led to the forming of NYSE Euro.

By November 2013 International Exchange (ICE) carried through with its promise to acquire NYSE Euronext, with clear intention to separate NYSE from Euronext and pursue an initial public offering in 2014. With this move Euronext was separated from ICE. To keep Euronext running problem free a syndicate of eleven investors, made moves to invest in the company. These “reference shareholders” own 33.36% of Euronext capital and control of 3 board seats.

That’s great, but what does it exactly do?

While still functioning as NYSE Euronext, in 2010 Euronext introduced its Universal Trading Platform, an electronic trading service. This opened up the option of trading across markets and products. Euronext exchange offers trading for stocks of companies listed across all its markets, along with bonds, EFTs, foreign exchange derivatives, commodities, indices, equity derivatives, structured notes, warrants, and certificates.

With a Market Capitalization of $4.388 Trillion (Oct 2017) Euronext is the 5th largest stock exchange in the world. With a Monthly Trade Value of $167 Billion, it does not have as much activity as its closest competitors in Shanghai and London who come in respectively 4th and 6th in terms of Market Cap.

Euronext has been active less than 2 decades, but has managed to accomplish a lot in this short period of time. It is a worthy representative of the strengths of the European markets. The transparent exchange model makes this a respectable market that gives investors trust when investing their hard earned money. Since this is a culmination of multiple exchanges, make sure you do your research and find out which one of their choices offers you the best platform for investing.