Medivation Inc is a biopharmaceutical company. Their focus is the development and commercialization of therapies, especially small molecule drugs, to treat serious health conditions for which there is currently limited treatment options available. A key aspect of their business model is to bride the gap between early-development of treatments and the commercial launch of treatments. Medivation acquires promising early-development stage pharmaceuticals and medical devices and execute a strategic pathway for their rapid further development into usable and approved treatments. Generally speaking, Medivation only purchases products that they deem to be ready enough to enter clinical development within 12-18 months after purchase.

Medivation does not have a direct stock purchase plan.

At the time of writing, Medivation does not anticipate paying any cash dividends on common stock in the foreseeable future. Earnings will instead be used to finance the development and expansion of the business. Since there are no dividends planned, there is no dividend reinvestment program available. 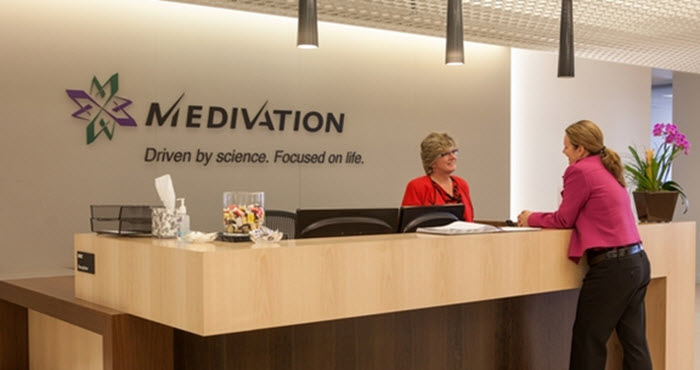 The active ingredient in XTANDI is enzalutamide. Enzalutamide is an androgen receptor inhibitor.

American Stock Transfer & Trust Company is the transfer agent for Medivation’s common stock. They are responsible for maintaining the record of registered Medivation stockholders.