The Priceline Group has had a commercial relationship with the mainland China-focused travel agency Ctrip since 2012 and has made substantial investments into the company.

Priceline first became famous for its “Name Your Own Price” system, a bidding system for reversed travel-related auctions online. With this system, prospective travelers can make a bid on hotel accommodation, airline tickets, travel packages, etc. While the bidder can set certain perimeters, such as general location and service level, other details are not disclosed to the bidder until after he or she has won an auction and made the purchase, without rights to cancel. This includes information about the name of the provider of the service, exact flight itinerary, name and exact location of the hotel, etc. Through this opaque model, suppliers can sell perishable inventory by going down in price without having to lower the price at their other sales channels.

No, the Priceline Group does not offer a Direct Stock Purchase Plan.

At the time of writing, The Priceline Group does not anticipate paying any cash dividends on common stock in the foreseeable future. Earnings will instead be used to finance the development and expansion of the business. 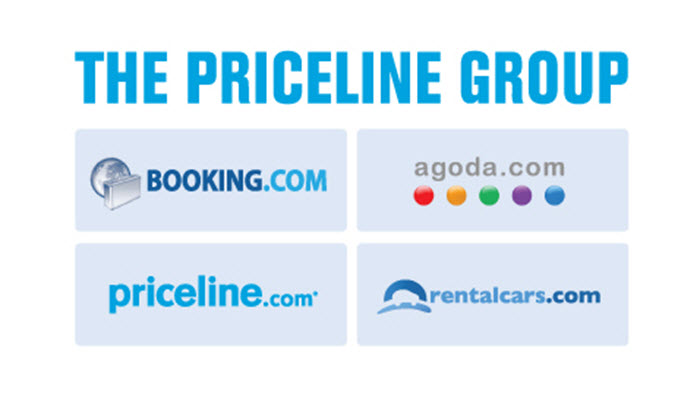 The Priceline Group is offering travel and travel related services online through their six main brands.

At the time of writing, a vast majority of The Priceline Group’s revenue comes from hotel bookings. Two models are employed, the merchant model and the agency model. In the United States, Priceline operates primarily under the merchant model, where users bid for services and complete their booking (including payment) directly at a site owned by Priceline. This allows for higher margins compared to the agency model, where Priceline’s net revenues are generated by commissions and booking fees.

The Priceline Group also generates revenue from displaying advertisements on its web sites.

The transfer agent for The Priceline Group is the American Stock Transfer & Trust Company, LLC.. This transfer agent can be reached by phone at (800) 937-5449.